Nnamdi Okonkwo and the Human Body

Nnamdi Okonkwo and the Human Body

New to Paradise City this past fall is Nigerian-born sculptor Nnamdi Okonkwo, who creates simplified and stylized sculptures of the human body.

From Nigeria to Fayetteville, Georgia via BYU-Hawaii

Nnamdi was born in eastern Nigeria, where he earned a degree in painting. At 6’9” tall, he took up basketball at age 17 and dreamed of being recruited to play for a college in America. Indeed, basketball became the avenue for his move to the United States. He was recruited by BYU-Hawaii where he played from 1989-1993 and then graduated with a BFA in Sculpture. Nnamdi received his MFA from BYU-Provo, and now lives in Fayetteville, Georgia. 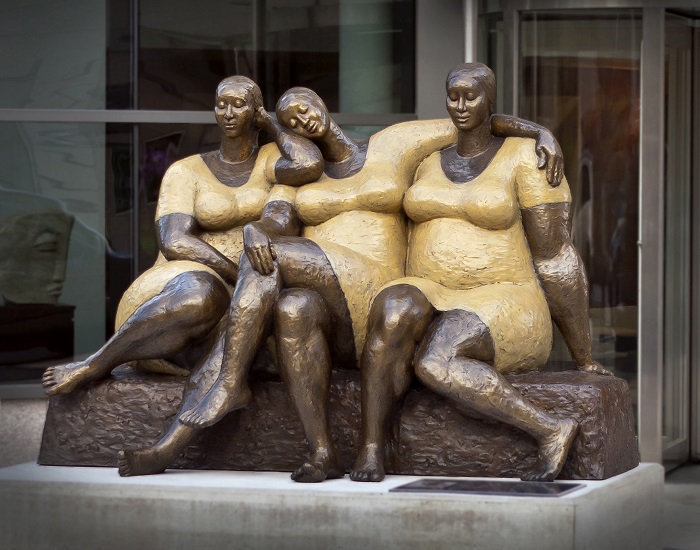 Nnamdi’s work ranges in size from under 10 inches to life-size and monumental. His pieces reside in numerous public and private collections and may be viewed in permanent installations in sculpture gardens throughout the country. For example, “Friends” graces the front of Fifth Avenue on the Park, a high rise on the corner of 120th Street and Fifth Avenue in Harlem, NY. The plaque on the sculpture explains, “The large and abundant forms are not only aesthetically pleasing to me in their softness, simplicity and expansiveness. But they also serve to express a monumental and larger-than-life personality.” 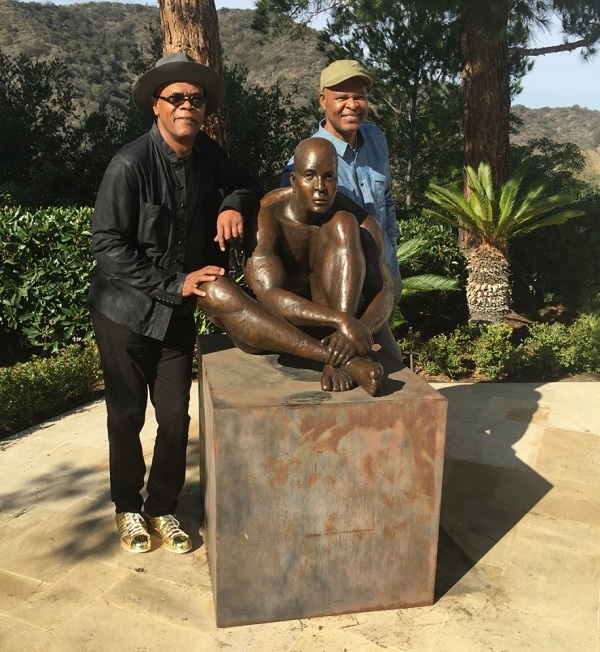 Nnamdi and Samuel L. Jackson at the installation of “The Guardian”

The forms in my sculpture are simplified and stylized. I find that my ideal of beauty is more easily attained with simple lines and shapes, which convey my thoughts and ideas unshackled by detail. Further, the big, rotund forms symbolize abundant life. It is an outward manifestation of a largeness of soul.

The proportions of his figurative sculptures hew to a personal ideal of beauty and balance. They are symbolic rather than literal copies of the human form.

Nnamdi Okonkwo made his Paradise City debut at our two Fall 2017 shows.

Subscribe to Receive Marketplace and Show
Coupons, Discounts and Updates

You have successfully subscribed to the newsletter

There was an error while trying to send your request. Please try again.