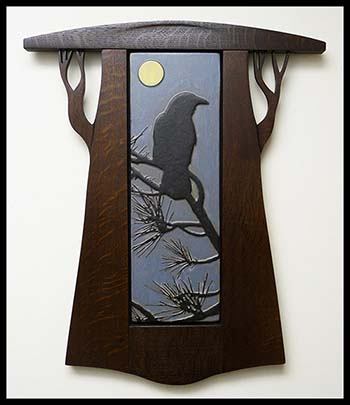 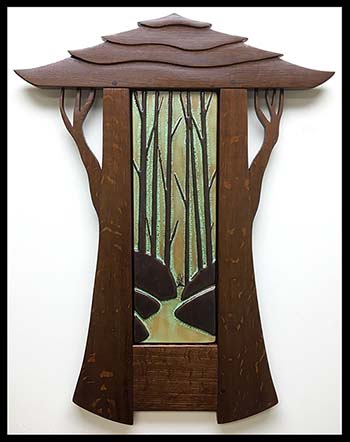 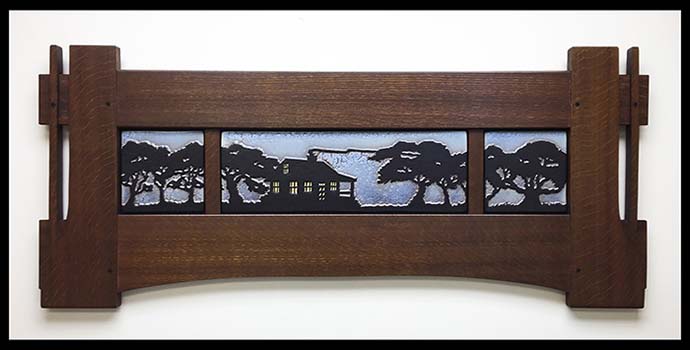 Forward Thinking in the Craftsman Tradition

Mission Guild Studio is a “Unique” dual artisan studio specializing in a revival and renewal of Arts & Crafts era ideals. The studio is owned and operated by Christie A. Schorf-Miller and James M. Miller; Christie and James are a diverse artisan/craftsman team working solo as well as collaborating on the next level of Mission & Arts and Crafts in America. James studied at both the New York School of Interior Design and at FIT in New York City; with a concentration in Design. Christie received both an honorable Phi Theta Kappa Degree from Cazenovia College in Cazenovia, New York; with a concentration in Commercial Art & Illustration and a Bachelors Degree in Art History, from the State University of New York, with a concentration in Sculpture & Design.

Christie & James are both individually awarded the designation of “Roycroft Renaissance Master Artisan”. The history of the original Roycroft group dates back to the beginning of the Arts & Crafts era with its first origins being in East Aurora, NY circa 1895. This designation of Roycroft Artisan includes the privilege of using the Historical and Highly Collectable Roycroft Renaissance trademark/orb on their creations. Only artisans whose work exemplifies the following criteria are awarded the use of the Roycroft Renaissance Mark by the Roycrofters at Large Association:
• High quality of hand craftsmanship, Excellence in design
• Continuous artistic growth
• Originality of expression and Professional recognition.

With a strong passion and established philosophy of Forward Thinking in the Craftsman Tradition this artisan studio offers both unique, traditional & one of a kind furnishings and dcor. James and Christie specialize in multi-mediums such as Rare Hardwoods, Clay, Precious Metals, Paintings and More. Individually the artisans each bring you over 20+ years of experience and education in the arts and design. Influenced & Inspired by the Arts & Crafts movement many of the Mission Guild tiles are created with the same hand crafting methods used by both Ernest Batchelder and Moravian.

Although sometimes asked about doing so, the artisans at Mission Guild do not create exact reproductions of any prior or present artisans work but rather they develop new works embracing those designs, ideals & inspirations. Their main focus is on the one or few of a kind.

“Our offerings are each individually artisan designed and handcrafted here in our studio, not factory mass produced. There is never a shortage of ideas at the Mission Guild, we offer a variety of exclusive, one time only, artisan creations with limited availability through our galleries, exhibits and online as well as some orderable selections such as tiles and framed works through the www.missionguild.com web site. We are frequently updating and adding new exclusive hand wrought selections to all our venues… Creating the heirlooms & antiques of tomorrow. Christie & James www.MissionGuild.com